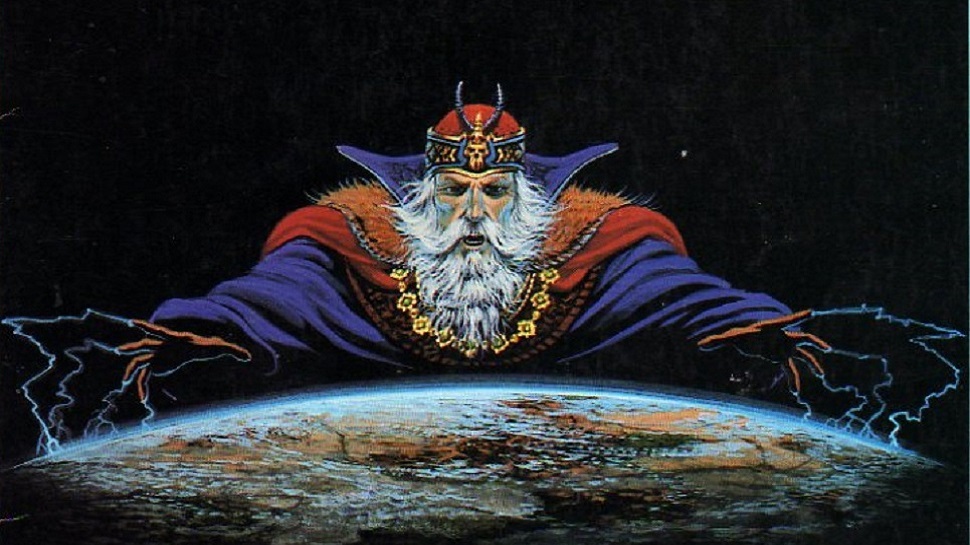 The Purpose of the Dungeon Master

I’ve realized that I’ve talked about a few things on this blog, but I haven’t touched on what it means to be a Dungeon Master. This is supposed to be a blog for beginner DMs like myself, but the question that is often asked from people who want to DM is “What is a DM? What does one do?”.

In this article I will try to answer that question.

To people who have never played Tabletop RPGs before, the idea of someone who is “running the game” seems alien. At least it was for me, and it was something that for the longest time stopped me from playing the game. In my collection I’ve had starter sets from Pathfinder, 3rd and 4th editions D&D. I loved these boxes but never played them because no one in my circle of friends knew of the game so I would have to be the DM and that scared me.

But most role-playing games need a dungeon master. That is because, unlike a video game, the game can’t play itself. Someone needs to control the monsters, make rulings and decide whether what the characters want to do will succeed or not. The Dungeon Master is an integral part of the game. Without him there would be no game.

There are board games and I think a few TRPGs that can be run without a DM but in those cases there’s always something missing. The deep character driven storytelling is more often than not, just not there at all. Adventure and fun can still be had, but character arcs (for both players and villains) go out the window.

The Dungeon Master is required to make the game feel like more than a game.

Why you shouldn’t fear DMing

As I mentioned above, being a DM seems scary to people who are just starting out. It certainly was for me, and from what I gather by reading up online, it seems to be the case for most people. But I think the reason for this is because of how Dungeon Masters are presented to us. I’ve mention in my first ever article, that my introduction to the game was through Penny Arcade’s Acquisitions Incorporated. Watching a DM like Chris Perkins, or more recently Mathew Mercer, grounds us hard into the reality that you can’t possibly do what they are doing. From voices to stories to engaging descriptions and interesting NPCs, the list of what a DM needs to do, and how well he needs to do it becomes daunting.

But what I, and I think many people also, miss when watching these shows, is that the DMs do not seem to feel left out. They seem to be having as much (if not more) fun as the players. And that’s something that only becomes apparent after you start. DMing is incredibly rewarding.

Is it hard? Well, it doesn’t have to be. But there’s a ton of fun to be had. For me, DMing feels better than playing, because it feels like I’m orchestrating a novel with the help of my players.

What a DM isn’t

I’ve seen this a lot in stories from friends or on the internet. The vengeful or petty DM. Sadly that is something that can happen because at the end of the game you are given ultimate power in regards to the game and as the saying goes “Absolute power corrupts absolutely”.

In my opinion, you have to go in with a certain outlook which my be harder for new DMs, because as I’ve mentioned above, you’re not playing a character so you might feel left out and that you have to create your own fun by trying to play against the players.

So I understand it, but that doesn’t mean I condone it. The DM is an instrument of the game and should always work in parallel with the players. Your “job” is to challenge them and present obstacles that they can overcome. Some obstacles may be a lot harder than they can manage, but surviving will make them feel accomplished. Your job isn’t to antagonize them and try to kill them in every corner because that way, you’re not only robbing them of their fun, but you also end up having less fun.

You should feel happy when they overcome an obstacle. Even if your villain is quickly taken care of through clever strategies, there’s no point in feeling like they beat you. The best rule for both DMs and players is that Dungeons & Dragons is not a “Player vs. DM” kind of game.

There are games out there that do exactly that if that’s what you’re into but D&D is not one of them.

Rulings are heavily discussed online and it’s one of the jobs of the Dungeon Master. You are not an encyclopedia and searching for a rule on the table might not always be ideal, so sooner or later you’ll be called to make a ruling about something that you are not familiar with.

I don’t have a lot of advice on this issue but I do have a process that works for both me and my players. Rulings should favor the players more times than not. If you don’t remember a rule then in most cases I rule in favor of the players. I also make a note to search for it later, and inform my players on the next session about how the rule should be in the future.

Keep in mind that I said “more times than not” which means that this should not be the case all the time. It really depends on the situation. In my case, every time this happens, I ask a question to myself. “What would be more dramatic?” and rule according to the answer. The answer is usually something that favors the players, but in some instances it’s not.

In case where the survival of a character hangs on the ruling, then I look up the rule on the table.

It helps to try to think like the monsters would and reading up on the lore really aids with that. There’s also a great blog (themonstersknow.com) that details tactics for different kind of monsters. You will find that this greatly enhances the game and makes each encounter feel different even if it is just a horde of goblins.

You will also realize that by thinking tactically, your players will also start doing the same in order to overcome the challenge. This creates ample opportunity for them to use everything on their disposal and think outside the box.

Learn to have fun when your players have fun

I’ve touched on this in this article but I feel like it’s important enough to mention again and expand on it. There’s no greater lesson in my opinion than to understand that the DM’s purpose isn’t to work against the players but with them.

Focus your mindset on how your players might have fun, and I can guarantee that you will also have fun. The DM doesn’t live outside the table, he’s an integral part of it, but so are the players. Decide to leave any toxicity behind and your game will be better for it and your work-load will be alleviated.