With the realease of 5th edition D&D, Wizards of the Coast has released a set of official character sheets. The problem however lies with the fact that in the US the most common paper size is the US Letter one. People in Europe and other countries, however, most commonly use the A4 paper size. This means that when you print the official D&D 5e character sheets in A4 paper size, a lot of space goes to waste.

This is why I’ve created a new character sheet that is optimized for A4 paper size.

Why you should choose the DMsJourney's Character Sheet for 5e

Fits perfectly on an A4 Paper

This 5e character sheet is optimized for printing on a A4 paper. No more unnecessary margins.

I've tried to completely eliminate unused space on this sheet by adding as much information as can be added on the page.

This sheet is, of course, form fillable, for those of you that like to make your characters on your computer.

The feature I'm most proud of is the auto-calculation of fields. You don't have to input everything manually. The sheet does it for you.

Get it Now!
Previous
Next 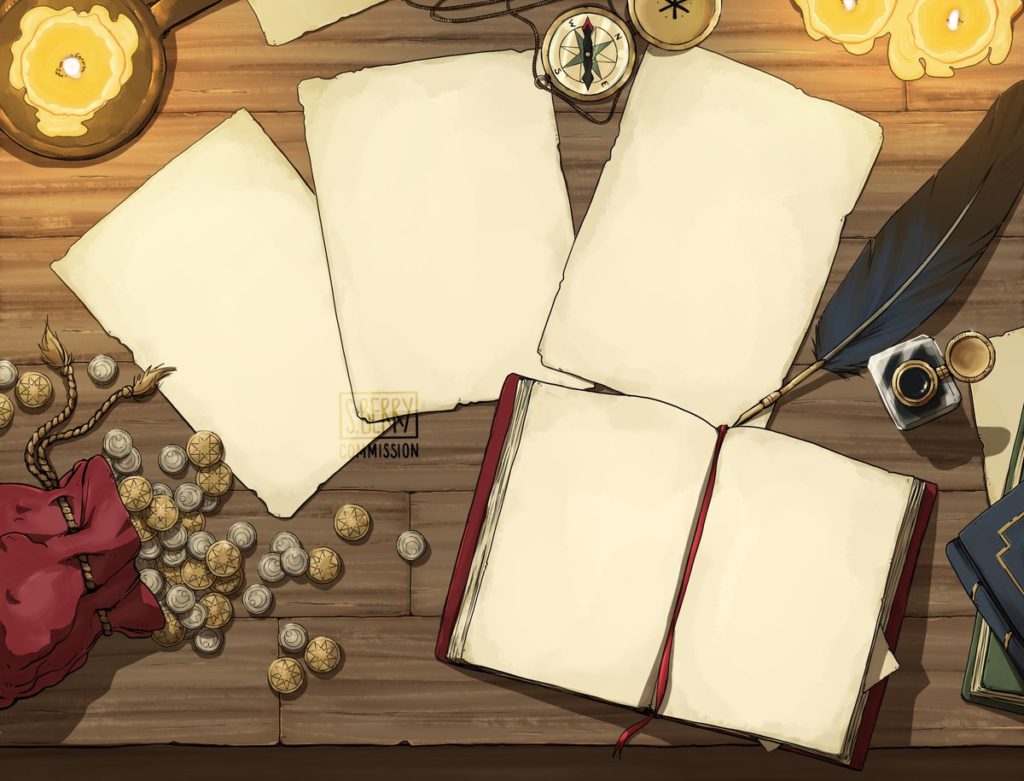 Why I made my own DnD Character Sheet

The official DnD character sheets from WotC are very nice but they are made for the US Letter paper size. This is fine but in my country the most common type of paper is A4. Why is that a problem? Because even though I can print them out fine, there is a lot of white space which isn’t optimal. Combined with the fact that I like to write every Feature’s rules to make it easy for new players to reference, it means that every inch of space I can save from the less relevant stuff, I will use.

This fact pushed me to create my own sheet, using assets from the official WotC DnD Character Sheet as well as ideas implemented in other DnD character sheets around the web.

Why did you make your own DnD Character Sheet when X does the job?

Where X is any other custom DnD character sheet like the Current Standard, Ard, MPMB etc.

The dnd character sheets that already exist are really good. I mean, there are sheets specifically made for any class which is awesome. But for each one of these sheets, there was one aspect that I didn’t really like.

So I made my own. You may use it as you like, or you may use the other available sheets. Whatever works for you. 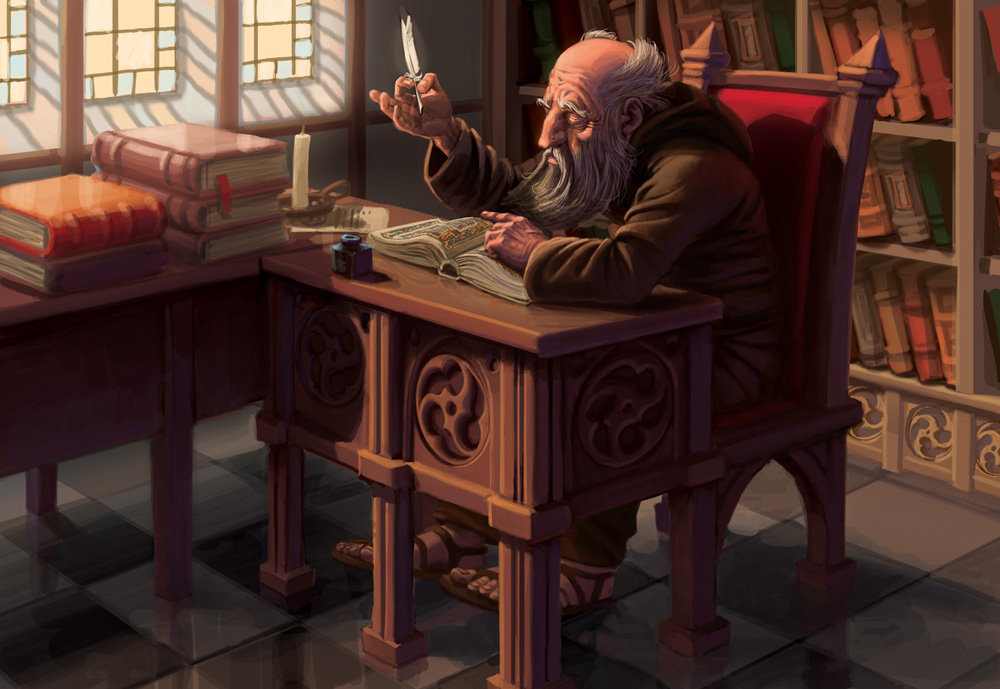 What about the spell sheet?

I hear you, but this is one area that I can’t really improve (in my own opinion) upon. That is because I give my players cards for spells and tokens for spell slots. If you really want a sheet version of this though, I do have a recommendation.

The Class DnD Character Sheet Bundle over at the DM’s Guild offers a collection of great sheets, specifically made for each class and sub-class. One of them is the Spell Sheet, which is as close to perfect as I could find.

The other sheets mentioned in this article are also a good alternative. It’s really up to you.

Get your copy of my character sheet for free

Just subscribe to The DM’s Journey Newsletter and receive this character sheet for free.

Details about my A4 Character Sheet

Note: The things mentioned here may not reflect the latest edition of this dnd 5e character sheet. Please check the changelog to see what’s new.

First of all, I increased the available space in the Features and Traits section. As I said above, I really need this space. To manage this, I moved the Personality section to the second page which I think is a more appropriate place for it, as it is next to the character backstory and portrait section. I took this idea from 4chan’s /tg/ DnD 5e character sheet.

Next, I decided to change the hit points box a bit. I liked the big box but I thought the Temporary HP box was too big. Also, my players always used the line for the Max HP to write their current HP which kinda drove me mad. So I looked the Ard v5 DnD character sheet and stole its HP box, providing a small box for the character’s Max HP and another small box for the Temp HP.

Going a little further down, I left everything the same as the official dnd 5e character sheet. I could make boxed areas for the hit dice (which I did for a previous version) but then there’s multiclassing. Adding more boxes would be useless if the character didn’t care to multiclass, so the line stays. The Death Saves box required no change either.

Weapons. I thought 3 weapon slots would be enough. I didn’t really like the boxes’ appearance though, so I stole another thing from the Ard DnD 5e Character Sheet. Each weapon space now occupies two rows, giving it enough area to include the weapon’s range, if applicable. The small area below each weapon is designed to write anything else relevant to that weapon.
I also included two areas for ammunition, also stolen from the Ard Sheet.

The equipment box was the one that occupied most of my time. I knew I needed an area for Armor and Shield. I also needed a box big enough to write all the equipment the characters carry. So I moved the currency boxes to the left and made them stack horizontally. The available space wasn’t big enough for all five of them so I completely removed the Electrum Pieces box as I don’t really use it in my games. This might change in the future.

Moving on to the left side of the sheet, everything is mostly the same. I only added an area for current and max weight the character can carry, and the aforementioned currency boxes.

Turning to page two of the sheet reveals the character details. There is a big enough character portrait area, right above the Personality boxes. On the left of these, there is a big box for the character’s backstory. The official one was just too small for me and my players. This is also mostly stolen from 4chan’s dnd character sheet, although I’ve made some alterations.

On the bottom of this page, there is enough space for additional equipment and a Notes section.

The third page is just for general note taking and other not-so-important info the player might want to write down.
In a game where I was a player, I used this area to write down the stats of my horse, as well as the descriptions for the two spells my Barbarian could cast.

Last but not least, the PDF is not only Form-Fillable, but the skill modifiers (among other things) are auto-calculated.

This is a feature many of the DnD 5e character sheets have but all of them had one single thing that my brain couldn’t handle. Positive values were unsigned, which means that a negative skill modifier would appear as “-1” for example, but a positive one would appear without the “+” symbol. This is a very minor thing that I spent 2 hours trying to make work, but for me at least, it’s worth it.

So you just write down your ability scores (in the small boxes) and your proficiency bonus, along with everything else is done for you.

Other things that are auto-calculated are the max weight, initiative modifier, passive perception as well as an asterisk next to the Stealth skill if you check the Stealth Dis. box for your armor.

Get your copy of my character sheet for free

Just subscribe to The DM’s Journey Newsletter and receive this character sheet for free.

Will this DnD Character Sheet be updated?

This D&D Character Sheet is like my pet project so I always find small or big ways to improve it. I’m also open to suggestions and criticism so feel free to leave a comment below. If you have suggestions or criticisms you can leave them below and I’ll consider updating the sheet to include them.

You can check the changelog here.

What people have said:

Download my character sheet, optimized for A4 paper size, form-fillable and auto-calculated