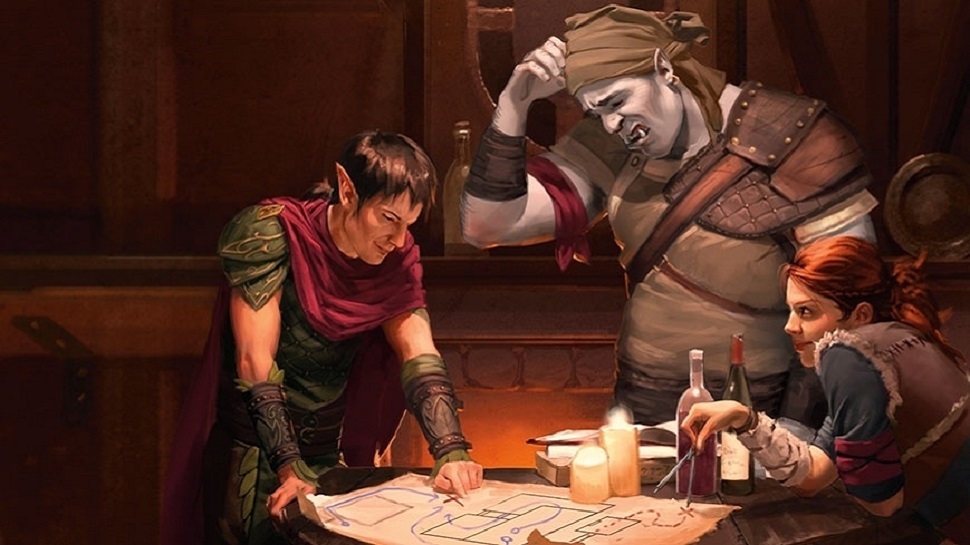 So you want to run D&D. You call up your friends or coworkers, and tell them “Hey, I found this great new game that I want to introduce you to!”. This may or may not be how that conversation goes but the fact of the matter remains. If you’re reading this, then you probably want to start running D&D.

How my first game went

When I thought of playing D&D, the first thought in my mind was that I’d probably have to be the DM. Back then, I wasn’t doing so well socially, so the prospect of me reaching out to a group of strangers to try the game out was terrifying. So I accepted my new role as a Dungeon Master and ordered the 5e Starter Box.

It arrived at my door within that week, and I immediately opened it with childlike glee. I skimmed over the rules but since I had no context of what the game is, the rules didn’t really mean much to me. So I opened the adventure that was included in the box, The Lost Mine of Phandelver and started reading through it.

Immediately I thought to myself that I couldn’t possibly do this. There was so much information in the book and it all seemed to be relevant at some point in the adventure. I couldn’t possibly prepare for all the different directions the game might go. But I did it anyway because I really wanted to play.

So I gathered some friends, gave them their pregenerated characters and started the game. The book had some info that it said I should read aloud to my players, so I did. It didn’t seem like they were too interested but the actual game started soon enough. At the moment of playing I immediately realized what I should had done differently preparation-wise and made a mental note for the next game.

Then the players reached a point where they had to make a choice. Either follow the goblins that ambushed them to their lair, or continue on to the town of Phandalin. And at that moment I was scared. I had only skimmed through the part where Phandalin was described. I had no idea who the NPCs where and what information they knew. If they actually decided to go to Phandalin, I wouldn’t be able to continue the game.

Thankfully for my past self, my players decided to follow the goblins and the rest of the session went mostly smoothly. I realized while running the Cragmaw Hideout that I should have read about it more, and maybe made some notes to help remember important info. It was my first session however and I gave myself a break. The players had fun and were starting to get invested in the story, and the role of the DM didn’t seem so bad to me anymore. After all, I had fun too.

And this is the moment where I tell you that you should not run Lost Mine of Phandelver as your first session. Especially if neither you or your players have ever played the game before.

I’m not saying you shouldn’t get the Starter Box. Far from it. I believe it’s a great product that you should definitely buy before you run your first game. I think you should buy it, read through it and then ignore it for your first session. Hear me out.

As you probably guess from what I’ve written above, I found the included adventure quite daunting to wrap my head around. Keep in mind that up to that point I didn’t even know what D&D really was. I had never played nor read any of the books, and my only exposure to the hobby was through Penny Arcade’s Acquisitions Inc. series.

When I considered running LMoP, I was immediately thrown too deep. The adventure is mostly well written, but that is something I only realize now that I have more experience with running the game. It is written in a way that introduces new concepts to the players and the DM as the story moves forward, but for someone who has no context of what an adventure even is, it doesn’t really register. At least it didn’t for me. That’s the reason for my suggestion.

Then where should I start?

What I recommend instead is get a dungeon map, give your players some premade characters that are a higher level than 1 (I recommend level 3), and throw them into the action; and by action I mean combat.
The reason for the characters not being level 1, is that in 5th edition 1st level characters are squishy. A goblin can accidentally kill a 1st level character in one hit f it’s lucky enough, something that will demoralize your players. After all, the allure of D&D is that we get to act as powerful heroes.
Don’t worry about story and complex NPCs yet. These can come later. Your goal for your first session is to introduce the players to a fun experience, and allow yourself to make mistakes that won’t influence the characters too much, even if they die.

Where do I find such an adventure though?

Adventure might actually be too strong a word for what I’m describing. What I’m actually talking about is just a dungeon. The dungeon can be small and will require some things to more accurately show what D&D is about. These things are traps, puzzles and secrets.

An easy way to get all of these in about 2 minutes is to go to Donjon’s 5e Random Dungeon Generator. This is a great tool that you can use to generate a dungeon, with whatever parameters you prefer. Not only that, but it also populates the dungeon with level appropriate encounters, traps and other aspects that will make your dungeon come to life.

Another option is to watch this video by Matthew Colville in which he designs a dungeon that you can use for your first session.

Now all you need is some pre-generated characters.

You can definitely use the characters included in the D&D starter box. On the back of the character sheets are rules to level them up to level 5. You can keep them level 1 or level them up if you so wish. It’s up to you. These characters however, are tied to the Lost Mine of Phandelver adventure included in the starter box, which your players might want to keep for when the time comes to play through it.
This doesn’t mean that if you use them in this trial dungeon delve, you can’t reuse them later. It actually makes sense, because your players can sample them and be able to make a more educated choice as to what character to play when you run LMoP. Just ignore the backstories if you do end up using them.

There are other choices though. Fast Character Maker is the perfect tool for when you want to create characters… fast. You can ask your players what race and class they’d like to play, input these parameters in the tool and just skip the character creation process altogether. If the players have no idea about the class and race options, then you can leave these fields empty for a completely random character.

There’s also the official pre-generated characters from Wizards of the Coast that you can find here. There are many options available for levels 1 to 10.

I’ve said it before and I’ll say it again. Running D&D is fun. The task, however, might seem daunting to someone new to the hobby. The fear of screwing up (even though that’s okay) is sometimes too much and might actually lead to more screw ups.

This is why I think that a more straightforward “adventure” that can be run without the pressure of plot is a more appropriate way to start DMing.

This was the first of a two articles. I explained my reasoning for running something a lot simpler than LMoP for your first session. In the next part, I’m gonna get down to explaining, in more detail, how to prepare and run your first D&D game.

You can read part 2 of this article here.

I like that you ran the boxed set as is and had a good experience. I think the best advice is to read the module beforehand and understand what is going on and what might happen if your party does a certain action.
I think starting at level 1 or even level zero is the way to go though. It shows how vulnerable a character can be and to make good decisions, like diplomacy or running are good alternatives to direct combat.

I think the best advice is to read the module beforehand and understand what is going on and what might happen if your party does a certain action.

For sure, that is very important. But my experience when I first opened the adventure booklet from the starter set was confusion and stress. The book tries, of course, to introduce concepts in a coherent manner, but having never run the game or even played before, I couldn’t even tell what it was I was reading. That is, of course, no fault of the adventure or the writers.

The key word here is, IMO, context. Having some context about the game helps greatly in running LMoP. But without that context of what D&D is, it’s just mostly words on a page. Even playing a sample session where nothing hangs on whether it goes well or not, provides that context.

I think starting at level 1 or even level zero is the way to go though. It shows how vulnerable a character can be and to make good decisions, like diplomacy or running are good alternatives to direct combat.

Although I do agree that it’s generally a good idea (and fun) to start at level 1, I think that first time DMs would benefit greatly from my suggestion.

I just happened to choose combat as a starting point because that’s what most of the rules and character abilities focus on. So in essence, having a starter adventure that’s focused on helping the DM get the hang of how the game works and how to plan and run the game is, IMO, very important.

Of course all this stems from my own personal experience as a DM who hadn’t even played the game before.