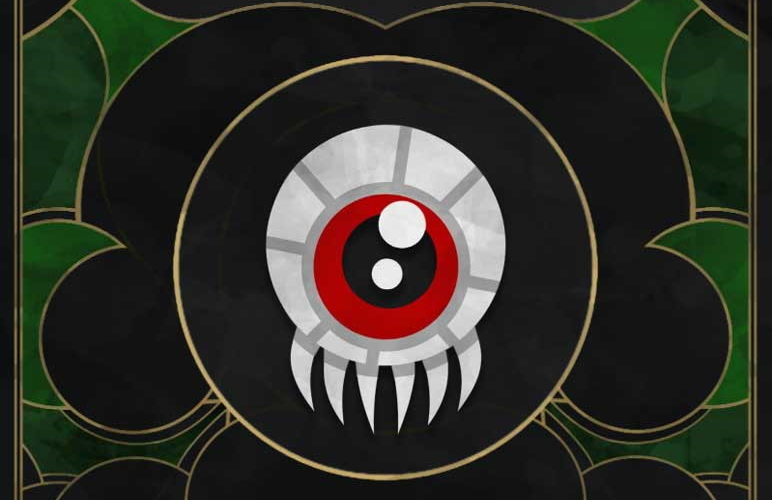 One aspect of the game that I, as a new DM, never thought I’d touch is creating new monsters or making modifications to the existing ones. After all, as of writing this article, there are 3 different official books filled with monsters as well as a plethora of unofficial ones. But I did end up making or modifying my own D&D monsters and in this article I will try to explain why, as well as outline the method with which I do it. This article is also a review of a PDF that I found online by a creator who goes by the name GiffyGlyph. His free book really inspired me and I’d like to shed some light on it.

Why you should build/modify D&D monsters

My method for creating encounters is kind of free-form, meaning that a lot of the times I have an idea of an ability or something that will happen during the fight, and then go to the Monster Manual, Volo’s Guide to Monsters or Mordekeinen’s Tome of Foes looking for the specific monster or monsters that have that ability or something similar to it.

This, of course, means that oftentimes I end up with a monster that doesn’t really fit with the story I’m trying to tell or with the environment in which it’s supposed to take place. So more often than not I have to “steal” abilities from a monster and add them to another anyway so beginning my design with this concept in mind speeds up the process and makes for more interesting combat encounters.

Who came up with this method?

I can’t take credit for something someone else created so I have to give a shout out to Giffyglyph. Giffyglyph is a designer who makes amazing D&D Content. He has released two books in PDF form, one of which is GiffyGlyph’s Monster Maker in which he outlines a method for creating more interesting monsters and encounters. It also includes a free adventure that you can use. The book is free and I urge you to give it a read. You can get it for free on the link above.

Along with the book Giffyglyph has also made a web app which you can use to create monster stat blocks with the methods outlined in the book. These two tools have been of great use to me and I sincerely congratulate Giffyglyph for making them.

The method for creating monsters, detailed

I’ve never played D&D 4th Edition but from what I’ve learned about it Giffyglyph uses some of its concepts in his book. Now, I know what you are thinking. “Why would I let anything from 4e touch my 5th edition game?”. I was on the same boat, because of all the hate 4e gets online, until I saw the methods in Giffyglyph’s books.

Monsters are mainly used by the DM, so overly complex stat blocks can be a crutch during the game. Spellcasting can also slow down the game significantly and it is why I have avoided running spell casters all this time.

Giffyglyph instead takes a different approach for creating monsters. He first assigns them a role and rank, concepts taken straight out of 4th edition D&D. He then assigns attack bonuses and damage per round to the monsters depending on their rank and role. After this step, you basically have a complete monster stat block that you can use.

For attack actions he uses something he calls “Freeform attacks”. The idea is that it doesn’t really matter what the attack actually is as long as it does some damage or puts a condition on the player. This is stuff you can  think of during the game, or if you’re more of a planner than a improviser, a simple attack can be written as “Slash. Melee weapon attack: +5 vs AC. Hit: 20 damage”

He also advocated for using different kinds of attacks. An attack can be a kick to the chest that pushes a character back 10ft or down a pit, or maybe a monster throws dust in a character’s eyes, making him blind for a round. These can be written down or improvised on the spot. All you really need is the attack bonus and how much damage the monster is supposed to do in a round.

Spellcasting is more of the same. Counting spell slots and reading monolithic spell descriptions works for the players because they only have to manage one character. Running monsters and villains is quite different though and it slows down the game significantly having to go through the same process players go through for their spells. So spells are also freeform. Similar to how melee attacks work a spell can do some damage (the type of which can be determined by your spellcaster’s theme), change the positioning of a character or impose a condition. Giffyglyph has “rules” for summoners as well, written in a way that makes a lot of sense and is much easier to manage.

The most important thing in Giffyglyph’s book in my opinion is a concept called Paragon Actions. Paragon Actions are similar to Legendary Actions as they are done at the end of a player’s turn instead of the creature’s own turn. The difference lies in what these actions actually are. Instead of specific things the monster can do, a Paragon Action is just a Move or other Action the creature would do on its own turn, just done at the end of a player’s turn. This also helps with easing the job of the DM as you don’t have to manage an extra set of actions. It can be as simple as “The monster can move or make an attack action”.

What this does is make the battle with Elite or Big Boss more exciting and dynamic by giving them more stuff to do. It makes your villains more dangerous and effective rather than a big bag of Hit Points. If you take anything from this article, I think this is the one thing you should take. Giving a Paragon Action to a monster you intend to be more difficult is quick and easy. You don’t even have to write anything down. And it can also be done on the fly if you think a fight is boring for you and your players.

As a DM I always try to look for new ways to improve my D&D game and as a result I try to find new tools and books online that will help me do that. GiffyGlyph’s Monster Maker is, in that regard, an amazing tool and even if you end up not agreeing with its design philosophies, you should definitively give it a read.