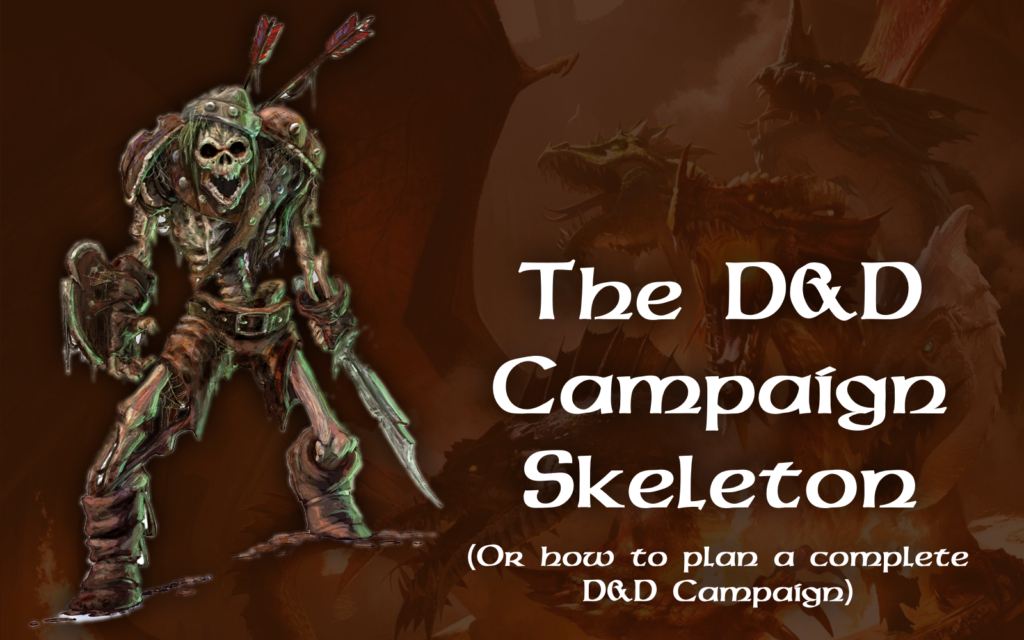 One of my main struggles when I started DMing was the absence of a concrete structure of adventures and campaigns that I could work off of. Of course, as I later realized, that is not really needed since the magic of D&D is that as a DM you can basically do whatever you want.

But to reach that point I had to struggle with not really knowing what I was doing and a concrete campaign skeleton would have helped me immensely to contextualize my choices.

So in this article, I’ll try to provide exactly that for new Dungeon Masters who might feel as lost as I was. To do that, I’ll first try to define the “adventure” and the “campaign”. These definitions, however, are not really useful (or accurate) outside the context of this article and they are just there so we can be on the same page when it comes to terminology.

What is the difference between an adventure and a campaign?

An adventure is an expedition or series of events that your players go through. For the purposes of this article, I’ll say that an adventure is a series of encounters that take your players up a level by the end of it. This can happen in a single session, or through multiple ones, but usually it’s not more than five.

Of course, an adventure may not always be defined like that but it’s useful to keep that definition in our minds as we discuss what a campaign is.

A campaign is a series of adventures that take your players from level 1 to 20. Again, this is not accurate, as campaign may start from level 5 and end at level 10 but for the purposes of planning, this will do.

So to sum up, an adventure is designed to take your players up one level, while a full campaign is designed to get them to level 20. Now we can move on to designing our campaign skeleton. 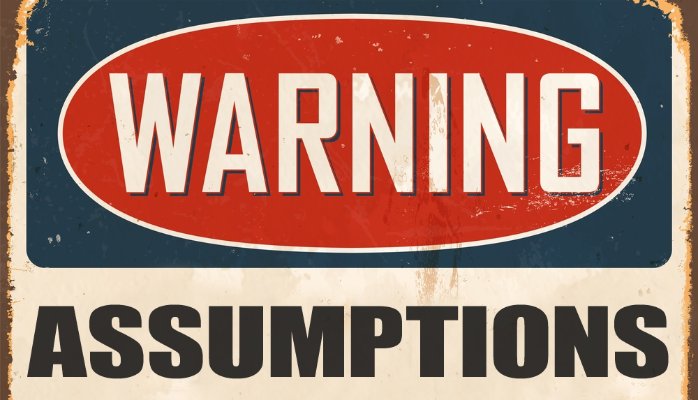 Expanding on the definitions of the previous paragraph, we also need to make some assumptions. There is some math involved in this campaign skeleton, so in order for things to make sense, I need to explain my data points.

The first assumption we will make is that you want to use experience points instead of the Milestone Leveling system in D&D 5e. This, of course, doesn’t mean that you can’t use Milestones for leveling up your players, but it means instead that all the data that I will present will be calculated using XP.

Treasure according to the Dungeon Master’s Guide

The Dungeon Master’s Guide (which you can buy from here) includes rules and tables for rewarding treasure to your players by CR so I will use these rules to explain how much treasure the party is expected to have. As with the previous paragraph, this is just a baseline for calculations and can be modified to fit the magic level of your setting.

Magic items aren’t really needed in D&D 5e so you could even remove them entirely. So this assumption is here only for you to know the baseline of what is “expected”.

This is another baseline assumption, and it’s here because the CR Difficulty system of 5e assumes that the CR Number of a monster represents an average challenge for a group of 4 players of the same level as said monster.

This is again useful because it gives you data about what difficulty is “expected” so you can change stuff accordingly.

Resting and the Adventuring Day

D&D 5e gives you rules for resting and the adventuring day that establish how much “action” the characters can handle in a single day. This will be helpful because it will contextualize time in-game and help you pace your adventures accordingly.

Let’s explain how the skeleton is constructed with… math. If you find this boring you can skip straight to the D&D Campaign Skeleton, but if you want  to find out how these cables are constructed, you should read this part.

Considering our assumptions, the table below shows how many encounters are expected per level.

So looking at the above table, we can conclude that for a full campaign that would take characters from level 1 to 20 we need:

As you can see in the table above, we now have a pretty good outline to how many “adventures” we need (well that’s not really a surprise since by my definition for this article, it was always going to be 19 adventures) and we can also determine a basic pacing for the whole campaign, as we can see clearly which of the adventures will probably be multi-session ones. 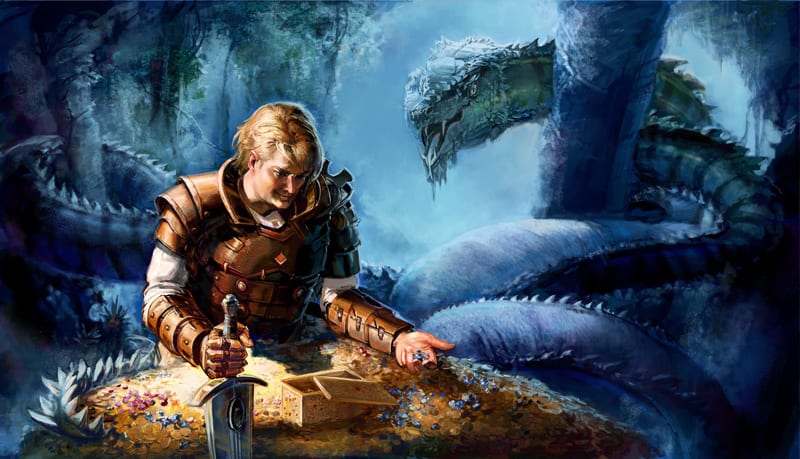 Moving on to treasure and magic items in our campaign skeleton we leave the DMG behind and grab Xanathar’s Guide to Everything (which you can buy from here). On page 135 there’s a useful sidebar that lets us take a look behind the design of XGE’s magic item award system. It says that over 20 levels of play, D&D 5e expects a total of 45 rolls on the Treasure Hoard tables. The distribution is as follows.

There’s also individual treasures for when players search the pockets of their fallen adversaries. Doing some math, we come to the following table. 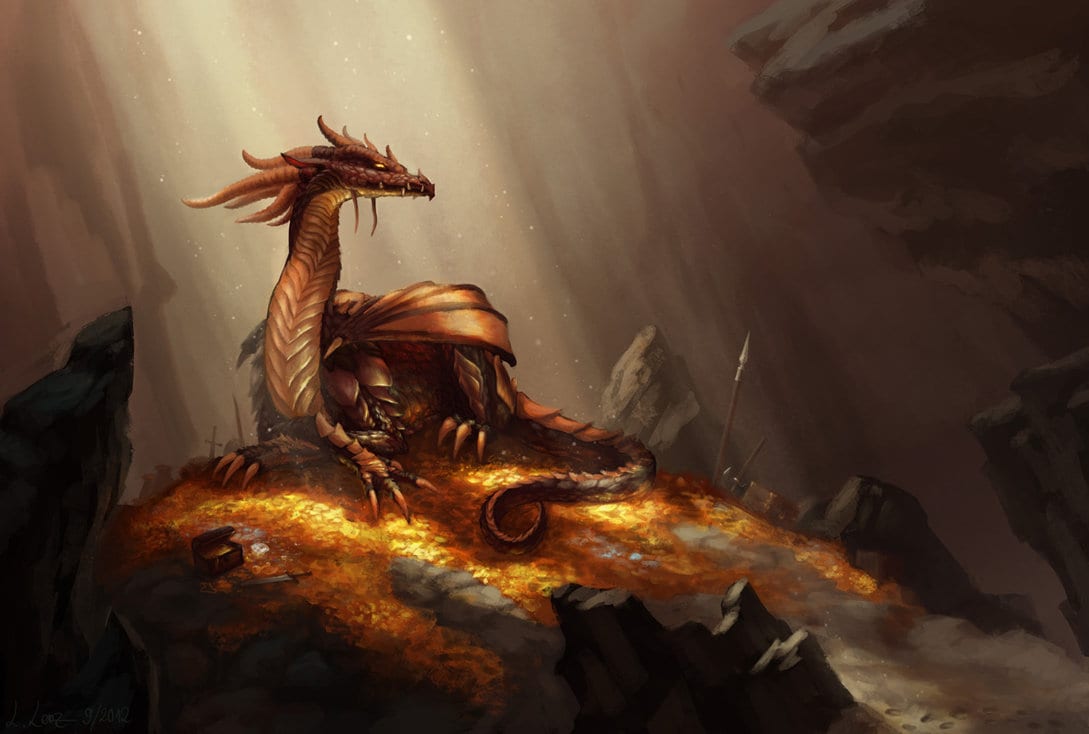 Distributing treasure should also be taken into consideration because there are a few different options. For example,  you could award all the treasure after the final boss fights which makes for an exciting final battle, but will mean that the players will go through adventures without any new toys to play with.

Another idea is dividing the allotted treasure flatly across all levels of a tier. That would mean that for every adventure in a tier the players will receive a fixed amount of treasure according to the table above. This is fine but doesn’t make for a very exciting final fight against the big boss.

A few notes on the above table

Having a campaign skeleton or even planning this much is not really necessary, but if you’re anything like me you will appreciate that there is some kind of outline for you  to work off of, even if you end up completely veering off it.

This is just something that will work. I don’t even promise that it will work well but it’s a good start.